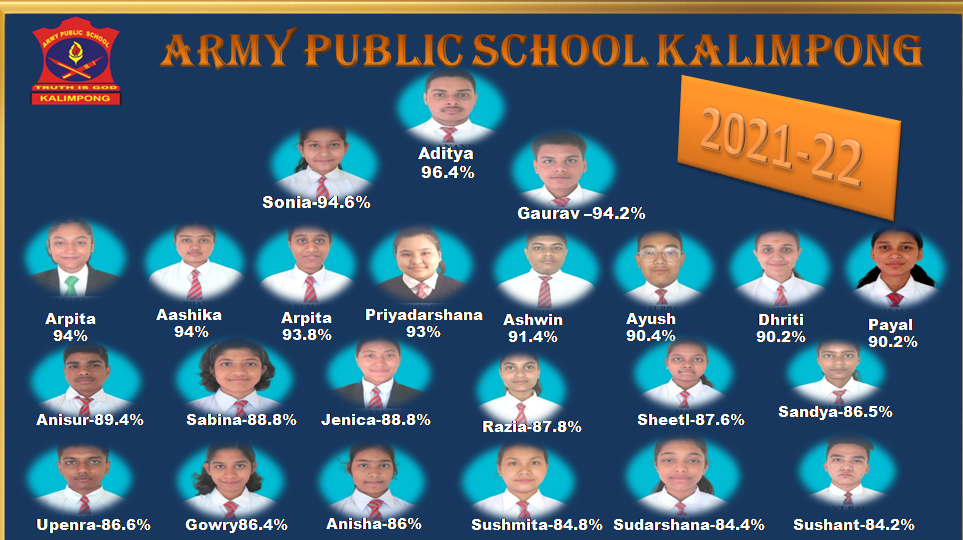 BRIEF HISTORY Kalimpong a beautiful district nestled in the Indian state of West Bengal stands at an average of 1,250 meters (4,101 ft). Kalimpong became the 21st district of West Bengal on 14 February 2017 and the town is the headquarters of The Indian Army’s 27 Mountain Division, located in the outskirt of the town.


Kalimpong being the formation of HQ meant the presence of a large number of army personnel getting frequently transferred from one station to another even in mid-session. It became increasingly difficult for the children of the army personnel to get admission in good schools in and around Kalimpong. So to cater to this need of the hour and facilitate army children’s admission with ease led to starting of Striking Lion Nursery School in the year 1978 by HQ 27 Mtn Div and in the year 1987, the school was renamed as Army Public School and was operated in the barracks.


In 1995, the Army School was brought under the aegis of AWES as Army Primary School and began operating from a wing temporary location in the MES barrack and functioned as Primary Wing. The school catered not only to the needs of the children of army personnel but also to the civilian population in and around the neighborhood.


In 1999 due to the Kargil Operation, 27 Mtn Div moved to Udampur which resulted in the relocation of all the families. The station was taken over by 164 Brig, under 17 Mtn Div. In 2007 after the successful completion of the Kargil Operation, 27 Mtn Div was relieved. By then the school had been upgraded to class VIII and had successfully been affiliated to CBSE, New Delhi in August 2008.


In 2010, the first batch of students appeared for CBSE Class X Board Examination, achieving cent percent result with 68% as the highest. Since then there has been no looking back with better results every coming year. The session (2019-20), APS Kalimpong was able to come out with flying colors scoring 369.23 API. The School got recognized with COAS- Chief of Army Staff Trophy for outstanding result in Class “X” Board Examination (2019-2020).


Schools currently operate in a fiercely competitive environment and to provide appropriate conditions, that are truly progressive, creative, holistic, relevant, and practical in content and nature, have become imperative. Army Public School, Kalimpong endeavors to focus on all these aspects and corollary to it, has excelled in both Scholastic and Co-Scholastic area, which is truly reflected in victories in Cluster Level and Command Level Volleyball, Basketball, Football, Quiz and Debate Competitions. The students have been faring well in all their endeavors and in the year 2019, achieved new heights when Our School English Debate Team qualified for The National English Debate Competition, representing The Eastern Command and bagged the Best Interjector Award.


Hence besides academic games and sports and CCA activities, the School provides Guitar, Piano, Violin, Karate, and Indian Classical Dance after-school hours. The School believes in the dictum, “Good schools don’t happen by accident, we have to make it happen”. The School strives to deliver the best to the students and inculcate a culture where every single day they step towards their desired and deserved goal. As Aristotle famously said, “We are what we repeatedly do.b>


Excellence, therefore, is not an act, but a habit”.

The objective is to provide moral, ethical, physical and general education to the students and to develop their all round personality imbibed with nationalistic outlook.The three language formula is followed in our school to foster national intehration

The school is committed to continuous improvement in order to help students become self-confidence, self directed, socially responsible citizen in a fast- paced and complex world.Students, teachers, administrators, parents and community share responsibility to fulfill the School's mission and vision.

'All round development of every child'

'Army Public School aims to educate children with sincere commitment to the nation.

The school endeavors to achieve not only outstanding academic excellence but also aims to create confident and ethical citizens as the school believes that confidence and enjoyment gained from extra- curricular activities and achievement underpins academic excellence.'